How Visionary Leaders Guide Their Organizations Through Change 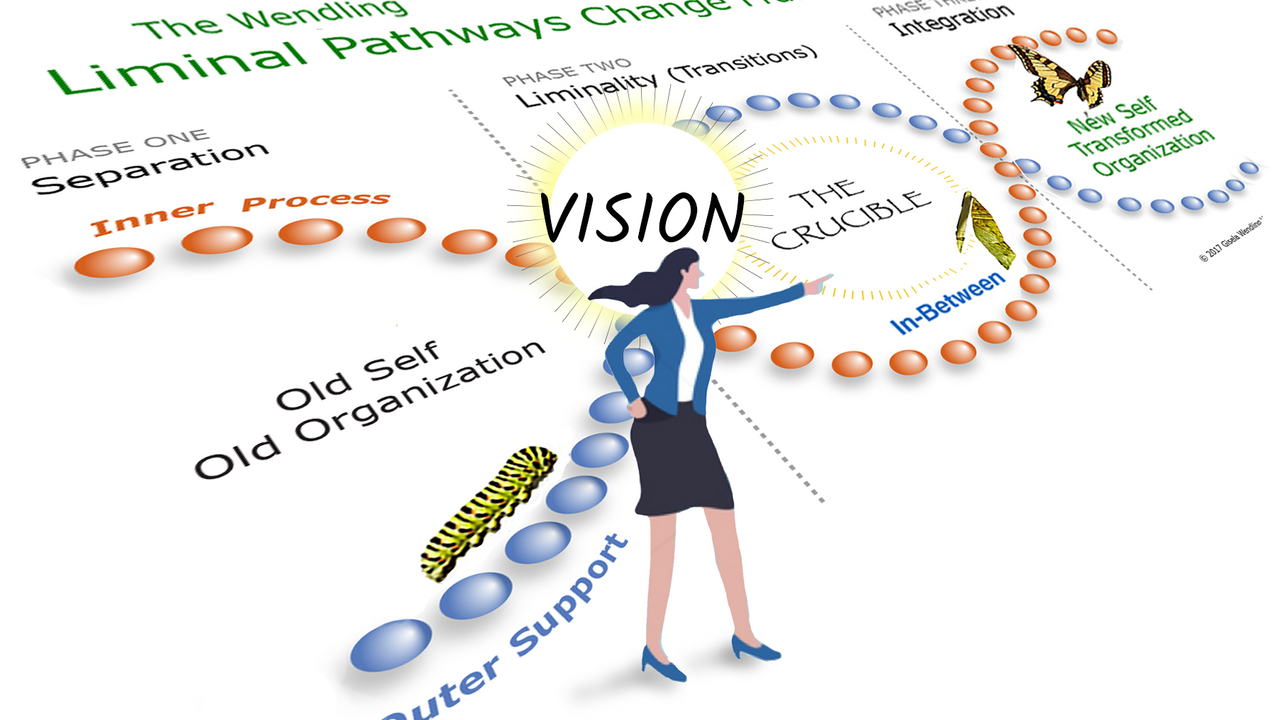 As the pandemic transforms into a new normal, organizations will rely on visionary leaders who are skillful at navigating change.

What is Visionary Leadership?

Visionary leaders' essential capability is being able to connect to their own north-star vision (a general direction or calling, if you will) and simultaneously being able to engage the larger organization in a change journey to find out what it will take to develop and realize a shared vision.

Because all change processes go through an “in-between” or liminal stage, often feeling like a crucible, visionary leaders’ early grasp of what is possible helps create a container for everyone else to contribute and join them in the visioning process. The key is to hold both their own vision as well as accept emerging ideas long enough that a synthesis emerges that is energizing to all. 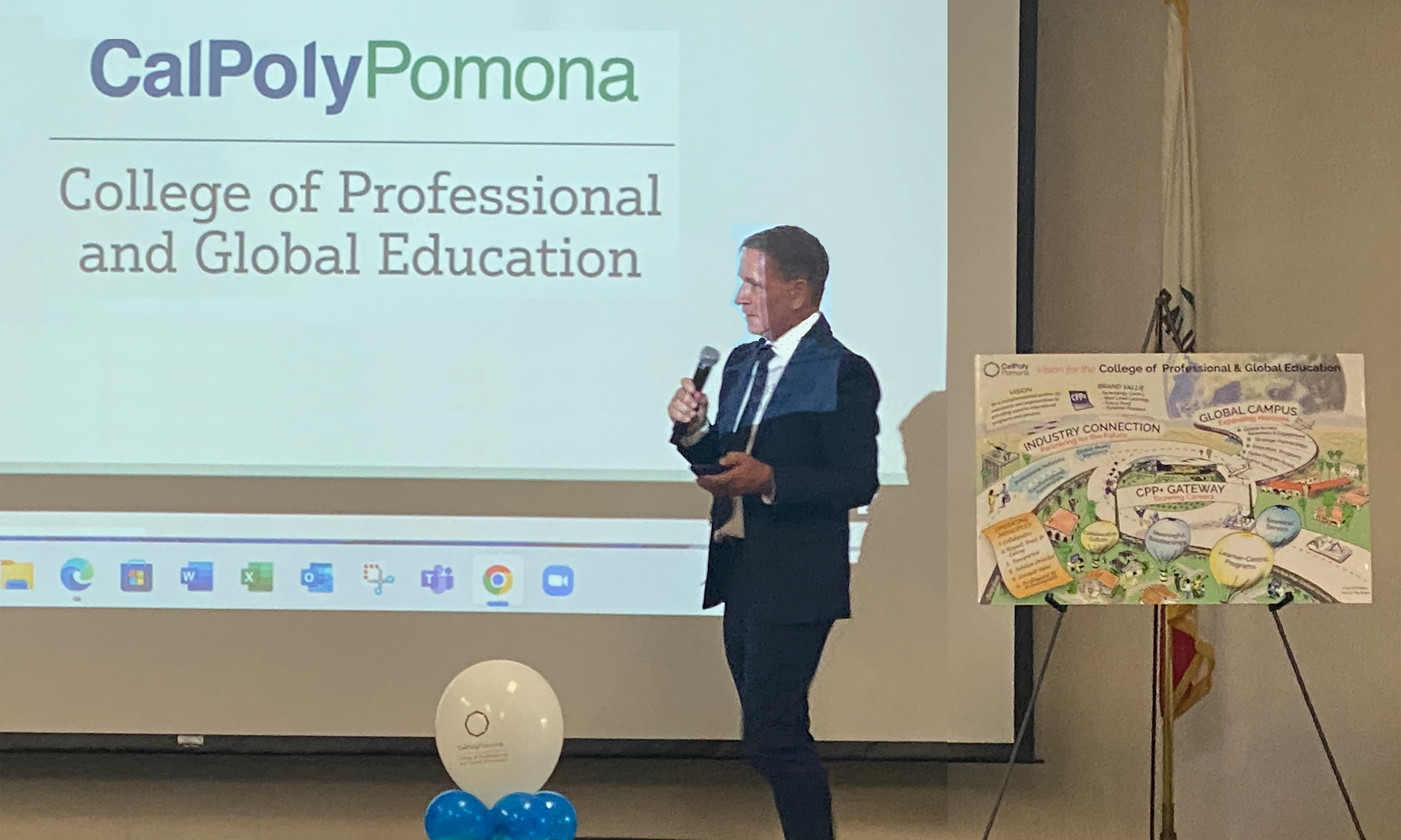 The Grove has a history of supporting visionary leaders in both shaping and realizing their visions. We looked back at some we have worked with to harvest learning.

Erik Rolland, who we have written about before, emerges as a classic example of a visionary leader. He has just accepted the presidency of the University of the Bahamas, but before that was dean of the Cal Poly Pomona College of Business Administration and led a large stakeholder process with The Grove’s Gisela Wendling and Laurie Durnell (see Creating a Culture of Collaboration and Change at a College of Business Administration). It aligned the College on a new vision that almost immediately upon completion attracted major new funding to the College. Encouraged by what he had learned about being a visioning leader, he took on an additional job at Cal Poly Pomona as interim dean for Cal Poly’s College of Extension University (CEU) and began a second visioning process, which we also wrote about at some length recently (See Envisioning Organizational Change Online). 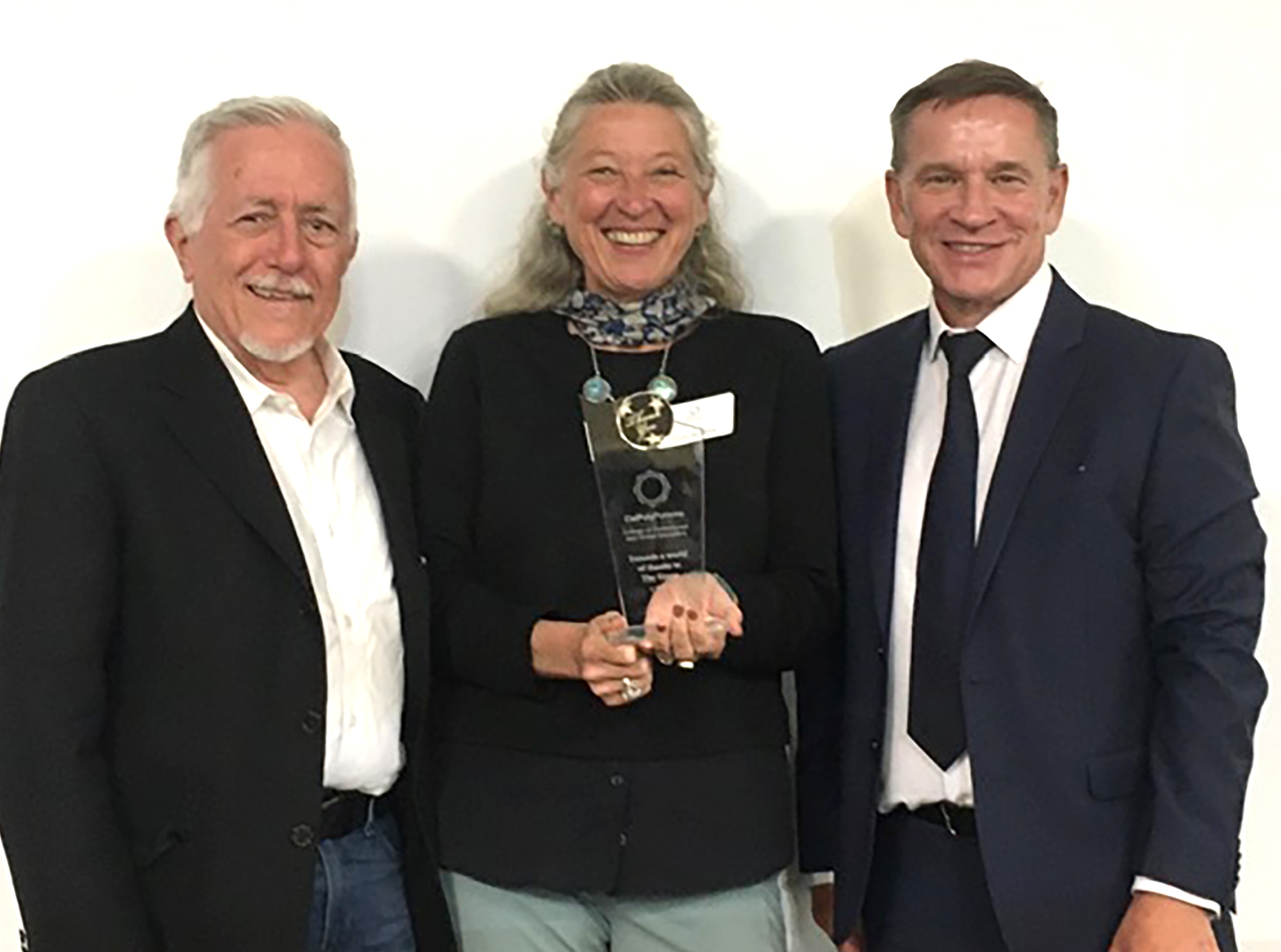 CEU celebrated its new name as the College of Professional & Global Education at an event recently, and The Grove was singled out for its support. What stood out to us here and all the way along was Erik’s ability to galvanize his people by holding the creative tension between his and their emerging visions. Do the details need working out? For sure. But there is now a strong group of fully enrolled and committed people who have an agreed-on vision of what they are co-creating.

The Patterns of Visionary Leaders

Following is a reflection on what we are finding is true of Erik and other visionary leaders:

Visionary leaders are willing to think about their systems as a whole, including external stakeholders. They think in longer time frames. Their visions come in many forms but are felt deeply enough that they don’t lose sight of them as new ideas come in. They are generally fascinated with other people’s ideas about what is possible, also knowing this is a key to real involvement.

Leaders involve their direct reports and other key allies in dialogue about the vision. They understand that growing relationships are the fabric of any systemic change. In Erik’s case, he asked his entire staff to be involved in listening and even facilitating online breakout sessions during large group meetings with external stakeholders and industry leaders as they envisioned the new College of Professional and Global Education. Having The Grove as an external sounding board and co-designer was critical.

Visionary leaders know that many versions and revisions of scenarios and plans are needed to work through wicked problems and high levels of uncertainty. In these cases, they use graphic facilitation, Storymapping, and versions of designs to bring people along and align thinking. They use these design sessions to model and encourage improvisation, taking others’ ideas and building on them, and moving steadily toward their north star.

Visionary leaders know that visions need to connect with bottom-line realities to take form. As the operational realities are introduced and add pressure to what may already feel overwhelming, leaders are able to hold these pressure points until real breakthroughs occur, and commemorate them with clear decisions. It happened when the Cal Poly CEU team realized that their several divisions and programs, though very different, represented a “roundabout” of choices in an integrated system. (The image of the roundabout organized their vision and commitment to their brand as a new College!)

As visions begin to take form, the visionary leader stays involved and engaged in the necessary integration phases. Shifting a large system takes patience and tenacity. The bottom line is shifting the culture itself. Visionary leaders model the values they espouse. They walk the talk. They make early wins and progress visible. They nurture new capabilities and people.

In talking with our clients and their leaders, we know many are unsure about how to help their organization deal with so much uncertainty. Some are tempted by the idea that they should have all the answers, but this is a very treacherous way to proceed. But stepping up as visionary leaders of change, holding a sense of potential, and allowing everyone to explore possibilities and collaborate—together finding their way into a future with potential, even if unclear—feels like the approach with promise in these times.