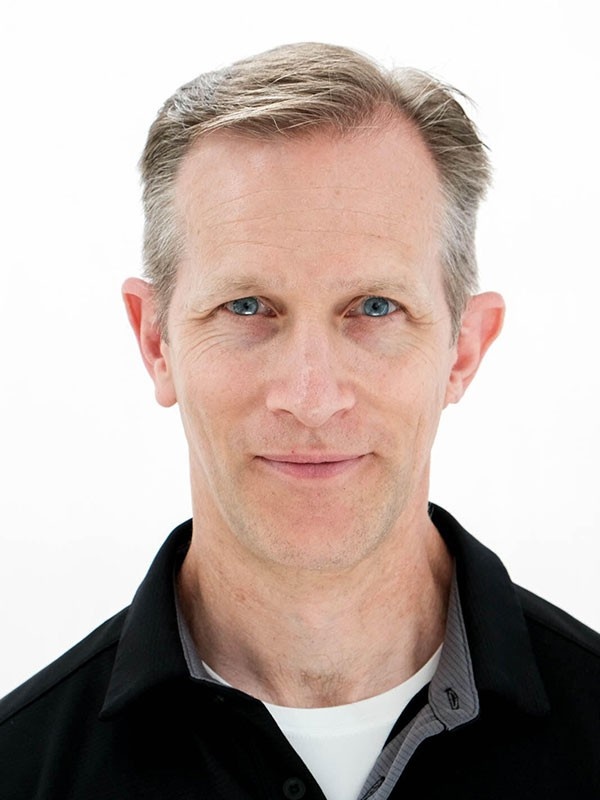 Trent Wakenight is a visual facilitator who uses large-scale graphics and visual templates to drive group dialogue and strategy development in meetings and with teams. As an entrepreneurial, ambitious innovator and problem-solver, he thrives in ambiguity and tackling difficult challenges. Because of this, Trent is called on as a ‘go-to’ for strategy creation, executive communications, and design workshops with leadership teams, managers, and end users.

Trent is also called on for in-person,  real-time graphic recording at meetings and conferences around the world. Graphic design, data visualization, and PowerPoint wizardry are areas of specialization, and he has helped dozens of organizations turn complex topics into hand-drawn whiteboard videos. He is a senior project manager, process consultant, and strategic communication and visualization specialist.

For more than 20 years, Trent has led and supported complex, multi-domain projects in the U.S. federal government, higher education, and the private sector. In these environments, Trent has crafted a blend of visual-facilitation techniques and design-thinking methods to deliver outcome-focused enterprise goals and strategies, prototypes and new ideas, and product delivery and maturation plans.

Prior to joining The Grove, Trent was an English teacher in Japan for three years. This channeled his interest in teaching and education. From there, he worked in the fields of radio journalism, and advertising and marketing by helping private-sector firms and non-profits establish and launch internal- and external-facing promotional campaigns.

During his seven-year tenure at Michigan State University (MSU), Trent developed global initiatives for a public-private sector pandemic mitigation program. This led to his management of a grant program for under-served populations in North and South America. He was also the manager of a multi-year food safety education campaign that shared food safety messaging with consumers across the state of Michigan. A highlight was a partnership with the U.S. Department of Agriculture that served as a forerunner for its popular “Is It Done, Yet?” food thermometer campaign. Trent also served as the marketing and web design consultant to the MSU Online Food Safety Master’s Degree Program in which he also moderated a course on food irradiation.

While at MSU, Trent supported food bioterrorism defense education and professional development efforts funded by the U.S. Department of Homeland Security (DHS). He managed a consortium of seven universities responsible for creating an undergraduate and graduate-level food defense curriculum.

Trent’s work with DHS led to an 18-month stint as a visiting scholar in Washington, D.C. He established the DHS Scholars and Fellows Network as a professional network for undergraduate through doctoral students receiving funding from DHS for the study and research of topics related to homeland security and national defense.

Following his work with DHS, Trent started a career in D.C. as a senior strategy consultant and facilitation specialist to U.S. federal government agencies. Since 2009, he has supported 18 federal agencies with facilitated strategy workshops, visual communication product development, and in long-term IT and engineering development roles.

One highlight of his consultancy to the U.S. federal government was facilitating, writing, and publishing to the U.S. Congress the first-ever U.S. Department of Defense (DoD) Science, Technology, Engineering and Mathematics (STEM) Strategic Plan. DoD’s STEM investments span decades dating back to the 1950s, and this plan was a first-of-its-kind effort to channel these investments into a singular approach. Trent also represented DoD on STEM councils at the National Science Foundation and the White House Office of Science and Technology Policy, respectively.

Trent’s career with the federal government has included long-term support to the U.S. Intelligence Community (IC). In support of seven IC agencies, he has been a strategy and team performance facilitator for vision and long-term strategy development and deployment, User Interface (UI) and IT tool development, domestic and global information sharing, and change processes to drive workflow efficiencies.

As an employee of the government-facing consulting firms Accenture, Parsons Corporation OG Systems, and LMI, Trent has been single-handedly responsible for installing curricula for graphic facilitation, data visualization, and design thinking. He has also been the lead for the creation of private-sector strategies in aviation, inclusion and diversity, insider threat, missile defense, national defense, recruiting and hiring, space, and transportation infrastructure, impacting tens of thousands of employees.

Trent’s professional alias is the “Marker Ninja,” coined by a client who witnessed Trent magically graphically recording on multiple charts at an event, seemingly all at once. He is also sometimes accused of having clones due to his high level of productivity and completing “three times the work of everyone else.”

Examples of Trent’s graphic and digital recordings from meetings can be viewed here.

In recent years, Trent has written and contributed to several books on graphic and visual facilitation. These include:

The World of Visual Facilitation (2019)

A Lettering Journey by Heather Martinez (2019)

Trent has an M.A. in public relations from Michigan State University and a B.A. in organizational communication from Hope College.